The city is well known for its Motor Sports, Tennis, Football, Golf and much more. Out of many sports played in Coimbatore, tennis is considered to be the popular one that attracts both the participant and the spectator.

With the aim to encourage the players, the city has established the Coimbatore Cosmopolitan Club in the Race Course Road. Established in 1891, the Coimbatore Club provides outstanding sporting facilities for its members such as tennis court, swimming pool, badminton court, billiards and much more.  The valuable members of the club include C.Subramanian (Former Union Minister), R.K. Shanmugam Chettiar (Finance Minister) and Nirupama Vaidyanathan (Former National Tennis Champion). In Coimbatore Cosmopolitian Club, there are two tennis courts established with state-of-the-art facilities. The management of the club has appointed experienced coaches to help you to develop your sport skills in a professional way. Usually, the tennis classes are conducted in morning and evening sessions. Interested players can enroll their names and enjoy the game on any day. Further, the Coimbatore Tennis Club is best suitable for tennis players of all ages and abilities.

Tennis players form an important part in bringing glory to their family and the entire district. There are number of talented tennis players in Coimbatore and they are explained in the following:

Born in Coimbatore, Nirupuma Sanjeev is one of the popular tennis players who started playing tennis at the age of 5.She was highly influenced by her family members and started to play the tournaments professionally. During the year of 1996, Nirupuma underwent tennis coaching and bagged a large number of medals in tennis tournaments. This great player has won a Bronze Medal at the Bangkok Asian Games partnering Mahesh Bhupathi in the year of 1998. 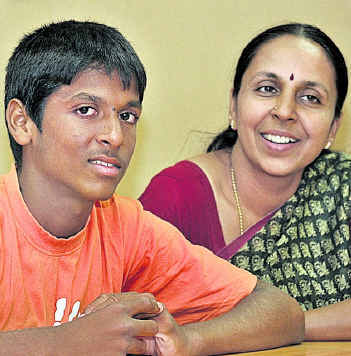 With his training in Mahesh Bhupathi Academy, Sudanwa Sitaram is considered to be the man of success in tennis. This little champion has caught the attention of Ministry of Youth & Sports Affair and Tamil Nadu Tennis Association during his performance in 2005. He was awarded a cash prize of Rs 1 Lakh for his hard work and dedication. Some of his victories in various tennis tournaments include Nike Junior Masters in Bangalore and Asian under-14 series at Mumbai and Delhi.


Explore more about Sports in Coimbatore