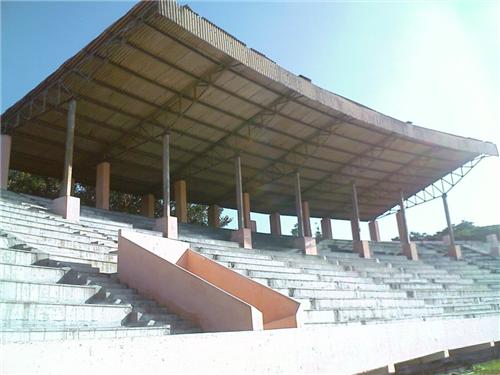 Coimbatore inspite of being a small city, is a sports loving place. The youngsters actively take interest in various sporting activities and also enroll themselves in various sports in Coimbatore.
However, Coimbatore does not boast of many stadiums. The one important stadium that Coimbatore is proud of is the Nehru stadium named after Jawaharlal Nehru.

Nehru stadium is multipurpose stadium in Coimbatore city. It was opened in 1971 and since then it has seen a tremendous growth. The Nehru stadium was designed under the able guidance of M. Abdul Jabbar. Although it was designed to be a multipurpose stadium, these days it is being used as a football stadium. But the good thing about the stadium is that people practice a host of sports here. From a football ground to a cricket ground and race track, the Nehru stadium has it all. It is located in the heart of Coimbatore city – near VO Chidambaram Park. Due to its central location it can be easily accessed.  The stadium is under the ownership of the State Sports Development Authority, Tamil Nadu.

Jawaharlal Nehru Stadium in Coimbatore is a preferred venue for football matches, cricket tournaments and athletics meet. It is well equipped with floodlights for conducting day and night matches. The stadium has a capacity of around 30,000 to 35000 spectators with single tier spectator terrace. Although on paper it was proposed that the capacity would be round 45000 spectators. It has a 400m athletic track, a hockey ground and a basketball court as well. During the year 2008 the stadium saw a major renovation. The surface of the ground is made up of polyurethane which is high quality expensive material. But during the 2008 renovation Korean grass was laid in the center and a synthetic track was made around the grass ground. It is estimated that the government of Tamil Nadu spent around 2.5 crore rupees on the renovation project.

Nehru stadium proposed to have dressing rooms, conference halls, public telephone booth, electronic score board, a ticket booth, swimming pool, conference hall, cloak room and bath facilities for players, but these are yet to be executed. Experts say that they also proposed that there would be a tunnel from the main entrance of the stadium that would take the athletes directly to the stadium without disturbing the track events. Since there were a lot of commercial establishments in the outer ring of the stadium, none of the planned facilities could be put into place. 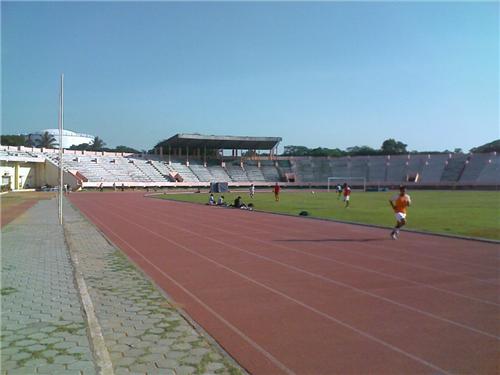 A lot of small and large events keep happening in the Nehru stadium all-round the year. You can find players in colored jerseys practicing various games under the guidance of their coaches. Some of the most popular events that the Nehru stadium has hosted in the past include –

Since the stadium is centrally located, it can be easily reached by public or private transport.
Nearest bus stand – Gandhipurum bus station
Distance from railway station – 2.4 km

Explore more about Sports in Coimbatore