Nestled in the state of Tamil Nadu, Coimbatore is considered to be the second largest cities in the state. Also known as Kovai, the city is commonly known as Koneyammanputhhur which means “the birth place of Goddess”. Moreover, tourists from different parts of the world visit the Coimbatore religious temples, mosques, historical monuments for business and research purposes.

There are number of mosques and  masjids in the city that play an integral part of the culture of Coimbatore. Some of the famous mosques in Coimbatore include Hydrali Tippu Dhakni Sunnathjamath Mosque, Al Ameen Ahlus Sunnath Jamath, The Tippu Sultan Jamath, Hithar Khan Jamath Mosque and much more. 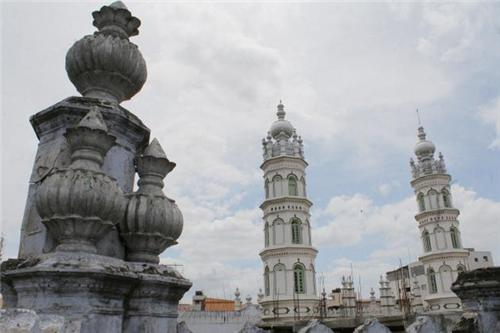 Athar Jamad Mosque is one of the oldest and biggest mosques in Coimbatore that is located at Oppanakara Street of Coimbatore district. This beautiful structure was built by a perfume merchant named Athar who migrated from Trinelveli. The construction of this strong structure was started in 1860 with the use of lime and mortar and successfully completed in the year of 1904. Athar Jamad Masjid holds an open courtyard, Ablution Pond and a library.

Usually, the holy darga is crowded during Friday with approximately 2000 worshippers for the special prayers. The Mosque is managed by the Jamaat which comprises of descendants of the 52 families from Trinelveli that moved to Coimbatore during the ancient period. M.S. Abdul Rasheed is the chairman and secretary of the holy masjid in Coimbatore. 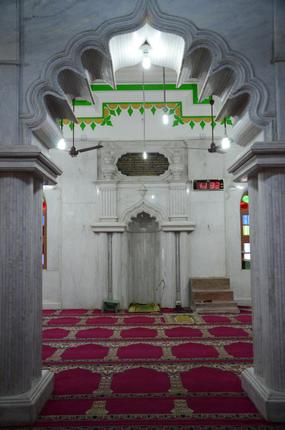 Kottai Hidayathul Islam Safia Jamath Mosque is considered to be the biggest mosque that is located in Kottaimedu near the railway junction in Coimbatore. Moreover, the mosque holds rich architectural work with white marble pillars representing the Indo-Arabic styles. The Kottai Hidayathul Islam Safia Jamath Mosque was build during the period of Tipu Sultan in 17th century.

Additionally, an Arabic college is situated near the Mosque that is effectively functioning with good standards. T.I. Abdul Wahab, general secretary of Kottai Hidayathul Islam Safia Jamath Mosque states that the original mosque built by Tipu Sultan was destroyed by the British people. Later, Haji Mohammed Pillai Rawther reconstructed in 1910.

One of the oldest mosques in Coimbatore is Ahle Sunnath Dakhni Jamath mosque that is located at Idayarpalayam. The beautiful mosque is well known for its strong limestone wall, teak wood roofs, two shining teak pillars, central enclosure and much more. The Jamath holds over 600 members from Idayarpalayam and people of different communities exist in the place peacefully.

This mosque is considered to be a holy place of worship where special night prayers are conducted at the dargah. Thousands of Muslims and other religion people will be crowded during the month of Ramzan and Bakrid. It is great to know that the Jamath has taken great efforts for the celebration of Hazrat Noorsha Aulia’s dargah that completed 255 years in the month of October.