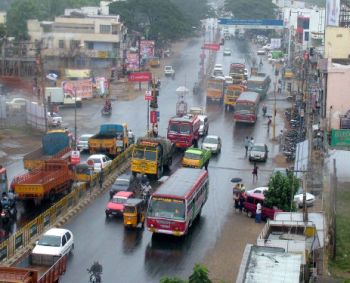 Popularly known as the “Textile Capital of South India”, the city is located on the shadow of the Western Ghats thus enabling to enjoy a pleasant climate throughout the year. Coimbatore is surrounded by the reserve forests on the northern side and the mountains on the west. The city of Coimbatore is divided into four main parts that includes North, South, Central and East. Generally, the Central Coimbatore is recognized as the commercial heart of the city and the Coimbatore east region holds many industrial sectors. Now, let us look at some of the localities in Coimbatore in a detailed manner below:

Rathina Sabapathi Puram (R.S.Puram) is a well planned colony that is promoted by the Coimbatore Municipality Corporation for housing in 1950. This beautiful destination is considered to be the perfect mixture of residential and commercial complexes. Situated near the old area of Ukkadam and Poomarket, R.S Puram is abound with many tourist spots, sporting facilities, cultural centres, shopping complexes, important government offices and restaurants.

The localities in R.S.Puram include Ponnurangam Road, Shanmugam Road, Diwan Bahadur Road, Arunachalam Road, Father Randy Street and Ramalingam Road. Most of the IT and mobile companies have started to establish and operate their head offices in RS Puram. Lotus Eye Hospital, KFC, Mc Donald’s, Midtown Towers are some of the popular places in the shopping district. 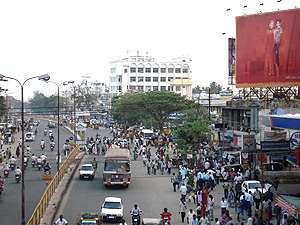 Located in the heart of Coimbatore, Gandhipuram is one of the largest shopping and commercial hub for the people in the city. The main point of Gandhipuram is Dr. Nanjappa Road which is exactly placed at 15 Kms from the Coimbatore International Airport and 4 km from Coimbatore North Junction. Further, people can find the major bus terminus in Gandhipuram that handles buses towards Kerala, Andhra Pradesh, Puducherry and Karnataka. If you are planning to entertain your kids, then you can step into the VOC Park in the city.

Also known as Suralur, Sulur is a taluk that is located in Coimbatore urban district of Tamil Nadu. Moreover, the pleasant town is close to the cities of Tirupur (35 Km) and Coimbatore (19 Km). Sulur also acts as the legislative constituency and it is administered by the elected Panchayat body headed by the Parliament. The government bodies of the taluk are Sulur Panchayat Board, Sulur Police Station, Registrar Office, Sulur Telegram Office, Sulur Post Office and so on. It is important to know that the town is well connected by road, air and rail transport.

Pollachi is one of the popular and second largest towns that lie in the southern part of the Coimbatore. Located at an elevation of 293 metres, Pollachi holds a population of 88,302 including 44,400 males and 43,902 females in the city. There are number of great tourist attractions around the town such as Valparai, Anamalai Wildlife Sanctuary, Parambikulam National Park, Alagunachi Amman Temple, Chinnakallar and more. Further, the busy town is famous for its markets which sell all kinds of vegetables, jaggery and cattle at cheap rates to the common people.

Other localities in Coimbatore: