Coimbatore district is one of the popular districts in Tamil Nadu that is situated on the foothills of Nilgiris. Moreover, the city is the major exporter of cotton textiles, automobile spares, iron steel, aluminium castings, electric motors and pumps. This beautiful city is administered by the Coimbatore Municipal Corporation and it is the headquarters of the Coimbatore district. Basically, the city is divided into five administrative zones such as North, South, East, West and Central. Each of the administrative zones is subdivided into 20 wards in which a councillor is appointed to manage the zones.

The Mayor of Coimbatore is elected by the city’s voters and the executive wing of the corporation is controlled by a Corporation Commissioner. Further, the city is divided into two revenue divisions (Coimbatore & Pollachi) and six taluks that consist of 295 Revenue villages. The government bodies of Coimbatore are classified into various divisions that include Corporation (1), municipalities (3), District Panchayat (1), Panchayat Unions (12), Town Panchayats (44) and Village Panchayats (229). 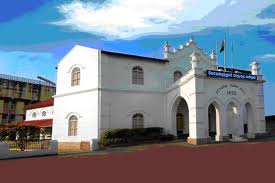 
Administration of the Corporation

The engineering department of the corporation mainly focuses on maintenance of roads, under ground drainage system, street lights and water supply. Some of the common facilities offered by the corporation include parks, bus stands, public toilet, storm water drains and much more. The revenue department is controlled by assistant commissioner guided by five assistant revenue officers and bill collectors. Every citizen is required to pay the tax in a timely manner and the tariff of the professional tax can be checked in the official website of the corporation.Now, let us look at some of the councillors of the Municipal Corporation in the following:

A large part of the Coimbatore urban areas falls outside the control of Municipal corporation limits. In order to improve and develop of the city, these suburbs are governed by local bodies called the Village Panchayats and Town Panchayats. Further, the Coimbatore Urban Agglomeration comprises the town panchayats of Sulur, Kannampalayam, Chinna Thadagam, Veerapandi, Chettipalayam, Gudalur, Neelambur, Ashokapuram, Malumichampatti, Somayampalayam and much more. These local bodies are governed by a councillor appointed through direct election and the head of the local body is known as president.