Coimbatore which is also referred to as Kovai is the second largest city of Tamil Nadu. It is one of the fastest growing tier II cities of country. There are over 25,000 small and large industries and textile mills in the city. Thus quite commonly it is called the Manchester of South India. It is the second largest software producer of Tamil Nadu, the first being the capital city of Chennai. Coimbatore city is the textile, software, commercial, industrial and healthcare hub of Tamil Nadu. Some people also call Coimbatore – Poor man’s Ooty. 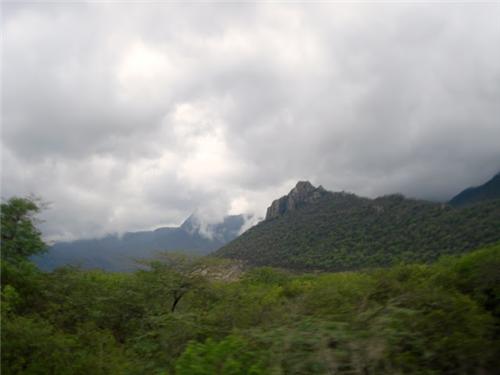 Coimbatore is located on the extreme west of Tamil Nadu and is in close proximity with Kerala. On the west it is surrounded by mountains of the Anaimalai and Munnar ranges and towards the northern side is the Nilgiri Biosphere Reserve. It is surrounded all over by the picturesque Western Ghats. The Noyyal River runs through the city and also forms its southern boundary.  The eastern part is specifically dry. A western pass to Kerala popularly known as the Palghat Gap provides the eastern boundary to the district.
Coimbatore city is at a distance of 490 km south-west of Chennai, 190 km south of Mysore and 330 south of Bengaluru.
The major lake areas of Coimbatore are –

Because of its close proximity to the mighty Western Ghats, the entire area is rich is forests, birds, rivers and wildlife. The flora and fauna of the area are specifically rich and diverse. Western Ghats has a lot of rivers and streams. The rivers that serve for the drinking water and the irrigational needs of the people of Coimbatore are–
The forest area of Coimbatore district spreads over an approximate area of 694 sq. km. It is this thick forest cover that owes to the cool and breezy weather of the city. The Coimbatore Forest Division is a part of the Nilgiri Biosphere Reserve. The Forest Division also forms an important part of the Core Zone of the Nilgiri Biosphere Reserve. The Coimbatore Forest division is divided into the following segments –

Flora and Fauna of Coimbatore

The Nilgiri Biosphere and the Western Ghats are the major contributing factors for the rich and diverse flora and fauna of the area. The wetland harbors have around 116 species of birds – 66 resident, 17 migrants and 33 local migrants. Some of the migratory birds that visit the wetlands regularly are –
Wild elephants, bison, leopard, tigers, wild boar, sloth bear and the black-headed Oriole can also be found in the area. More than 20% of Coimbatore district is classified as forest. The forests are usually concentrated on the northern and western sides of the district. The trees that are found in abundance include teak, rosewood, sandalwood and bamboo. The Nilgiris slope of the Mettypalayam range is rich in sandalwood and bamboo trees. The forest varies from tropical evergreen forest of the Punachi range to shrub jungles in the southern ranges. The soil of the area is predominantly black, thus, favoring cotton cultivation. But there are patches where red loamy soil can be found.

The overall climate of Coimbatore is pleasant and breeze courtesy the thick forest cover of the Western Ghats. The cool breeze through the Palghat Gap makes even the hot temperature bearable. The city has a tropical wet and dry climate. The wet season which is due to the northeast monsoon falls between October and December. Due to the presence of the mountain pass in the region benefits from south-west monsoon from June to August. The mean maximum and minimum temperature in the area varies between 35 degree and 18 degree Celsius. The average annual rainfall is 700 mm.
Coimbatore falls under Class III/IV Seismic zone.

The majority population of Coimbatore comprises of Hindus. Muslims, Sikhs, Jains and Christians can be found in small numbers. The native language of Coimbatore city is Tamil.