Have you ever planned to spend your holidays in any of the South Indian states of the country? If so, step into Coimbatore, the second largest city well known for its historical monuments, temples, South Indian food delights, meditation centres, Nilgiri mountain range and much more. Being a part of Tamil Nadu, the cuisine is a South Indian version predominated by rice. Apart from rice, food items like idly, dosa, vada, sambar, chutney, kalakki (a variety in egg), omlette, vegetarian meal and sweets including mysore pak and halva forms a part of the cuisines of Coimbatore. 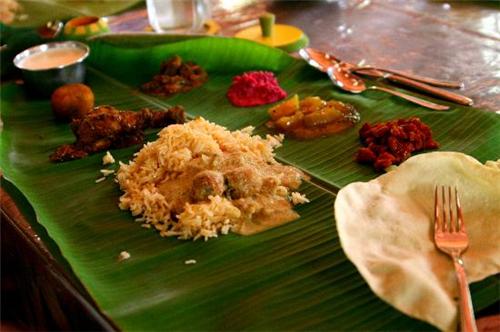 The dhal rice that is taken as a sole starter is only observed in Coimbatore. The vegetarian meal that is served in the city would be high in nutritious content. A typical vegetarian meal includes rice, two vegetables, dhal, sambar, vathakozhambu, rasam and curd as a part of their menu apart from payasam and appalam, with each of it being served in an unlimited quantum. People here are not used to taking too spicy food.

For a normal family the daily routine starts off with a tea instead of coffee, as tea is the most preferred energizer here. The breakfast contains any one item mentioned above which might be idly, dosa, pongal, upma etc as the normal menu. A simple lunch that would most probably contains variety rice with vegetables. In the evening a snack accompanied by a tea and a lighter dinner at night with a banana would be the normal menu for all families.

‘Kalakki’ is a special variety in egg that differs from both omlette and boiled egg in way that it is not a completely cooked item. Instead the egg would be beaten and poured on a heated tawa immediately rolling it taking it out. This gives a semi cooked version of the egg which when taken along with pepper would become a favorite for people of all age groups. 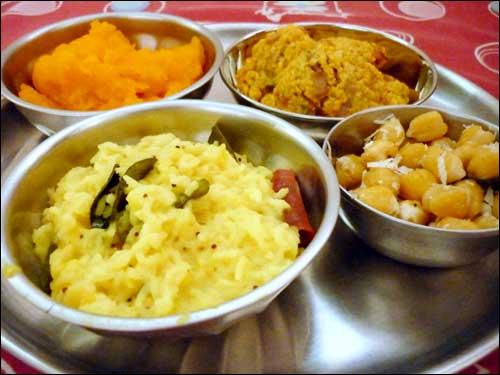 The arisi-paruppu rice is a protein rich food that is served only in this part. It is a mixture of rice and thoor dhal in a ratio of 2:1. The ingredients required for the preparation of Arisi-paruppu sadam is very simple and requires both rice and toor dhal, which could be cooked easily. It is tasteful and could become a favorite within no time. It is both easy in its preparation and its health aspects are highly efficient as well. Taking arisi-paruppu sadam instead of a regular meal is mostly preferred by doctors to keep diabetes at bay.

The city also harbors hotels who serve North Indian and Mughalai cuisines including Veg-Tikka, the ‘White Devil’ and ‘Blue One’ among drinks with the most popular among them being the ‘Mud Scouffle’ desert which has its origin from Mumbai. 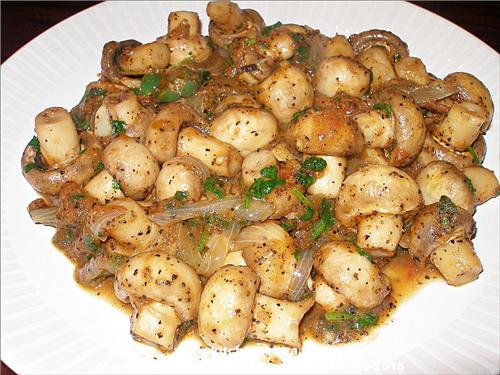 Kalaan (Mushroom), a local variety is made up of mushroom mixed with chilli. The combination would be fried and then served to the customers as a hot spicy content topped with onion and coriander leaves. Kalaan is a local favorite that forms a part of all the road side shops that linger in the city during evenings.

Another regular menu that forms a part of the menu of all the Hindu religious function would be Wheat Upma. It is very simple to prepare and is highly nutritious. Mustard seeds, green chilli, tomatoes and onion are added to the dish. Before serving this, roasted cashews and ghee could be added to increase the taste of the servable content.

Kollu rasam is made up of kadancha kollu and is used only in Coimbatore and is not a normal recipe at any other part of Tamil Nadu. Kadancha kollu has this rare property of reducing the fat in a person thus adding a valuable health aspect as well to the menu. For this the horsegram would be soaked overnight, and this would be steam cooked in a cooker. This could either be mashed or used as such. By adding pepper, asafoetida and cumin along with salt to the cooked horsegram would almost complete three forth of the job. Coriander leaves should be added before serving it hot.

There are number of great hotels and restaurants available in Coimbatore and you can catch any of your favorite dishes in the city. Some of the popular hotels that prepares great vegetarian foods are Annalakshmi, Sugam, People’s Park, Abirami, Park Inn and much more. These hotels ensure to serve the hot food delights on banana leaves as it is a tradition followed during the ancient days.

Apart from traditional delicacies of Coimbatore, you will get mouthwatering North Indian and Chinese dishes. People who are interested in tasting non-vegetarian foods can enter into Cloud 9, Rayappas, Anjali, Thalappakattu, Peking, Subbu Mess and so on. Due to the strong influence of the western culture, a large number of coffee pubs and fast food chains like Pizza Hut, Baskin Robbins Ice Cream, Boomerang, Marry Brown have made their presence in the city. 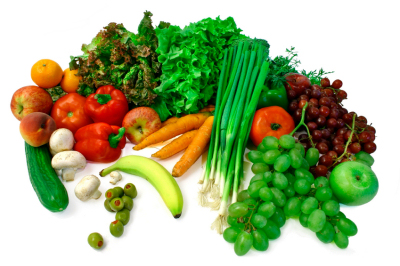 Most of the people understand the importance of organic foods and ensure to consume only such type of products regularly. In order to offer a healthy living for the people, many food retailers in Coimbatore have started to offer organic food products cultivated through organic farming. These organic foods holds a number of merits and everyone should take initiate to eat only these products.

Everyone would love to munch fast foods during the weekends as people are fed up with routine dishes. In Coimbatore, a number of fast food giants like McDonald’s, KFC, Marry Brown have opened outlets in various shopping malls and business centres. It is sure that these fast food outlets are earning great income from this kind of business.