Festivals and Fairs in Coimbatore

Coimbatore located in Tamil Nadu has a predominant Hindu population, along with Muslims and Christians. People from other religions like Sikhs, Jains, and Marwari may also be fond here but in small proportion. As we find various religions people in this city, thus, people in Coimbatore celebrate all festivals of all religions whether it is a Deepawali of Hindus, Eid-Ul-Fitr of Muslims or Christmas of Christians. But there are some other festivals which are widely celebrated in Coimbatore. Mariamman Festivals, Koniamman Temple Car Festival, Ayuda Pujai,  Pongal, Panguni Uthiram and Karthigai Deepam are the major festivals of the city.

The year starts with the celebration of Pongal. It is celebrated on 14th of January every year. It is also known as Harvest Festival during which people offer homage to God Sun, Nature and Cattle for having good harvest. People celebrate this festival by making sweet “Pongal”, which is made up of milk, rice and jaggery.

Coimbatore is also known for Koniamman Temple Car Festival. It is the great event celebrated by the people in the end of February and beginning of March. It is a Fourteen days celebration at the temple with pomp and show. People serve their deity by putting the statue on a beautifully decorated car and a procession take place. Huge crowd gather to have a look (darshan) of their deity. 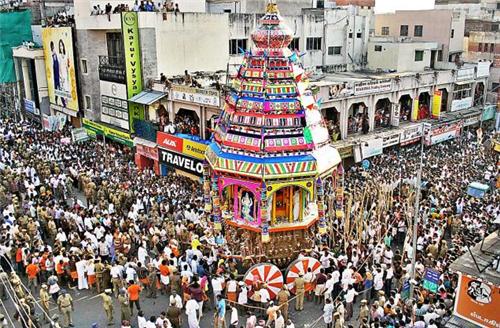 Panguni Uthiram is also one of the important festivals of Coimbatore and celebrated all over Tamil Nadu. It is celebrated in the month of March-April or the Tamil Solar Calender-Panguni (phalgun according to Hindu Calender). It is a full moon day and it is believed that during this day all the negative influences or doshes of marriages get dissolve. People believe that it is the day when Lord Shiva married to Goddess Parvati, Lord Muruga married to Devasana, and Lord Rama married to Sita. So, it is believed that worshipping these divine couples remove all the troubles related to marriage, and relationships get strong. Devotees gather on Muruga Temples to worship the deities. 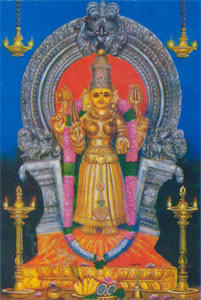 Mariamman Festival is one of the major events, which is celebrated by the end of summer and beginning of autumn. In this festival, people serve the Hindu Goddess of Rain, for bringing rain and to cure diseases like chicken pox, cholera and small pox. Deity is taken on a decorated chariot for procession.

The Muslim community of the city celebrates Eid-ul-Fitr or Ramzan after the fasting during the month of Ramadan. This festival is celebrated all over the country with great enthusiasm and zest. They also celebrate Eid-Ul-Zuha or Bakri-Id.

Navaratri or Durga Puja and Dasara are also celebrated in the city in the month of September-October. But on the ninth day of Navratra and a day before Dasara there is a huge celebration of Ayuda Pujai, which is one of the biggest festivals of the city. On this day, people wash and clean all tools, machines and vehicles, and then do pooja of these implements. They worship these implements for the safe and lifetime workings. They thank to the god for the care of these implements and no harm should be done from these things.

After Navratra, the celebration of Deepawali begins all over the country including Coimbatore. It falls on Amavasya (no moon day) of Karthik month of Hindu calender in the month of October-November. But in the state of Tamil Nadu there is celebration of Karthigai Deepam festival, which is also called the festival of lights. It falls on Poornima (full moon day) of Tamil Month of Karthigai (karthik), after fifteen days of Deepawali. From the day of Deepawali people double the number of lamps every day and ends up the number of lamps on the full moon day or Karthigai Deepam day. They decorate the houses with lights, lamps and rangoli (kolams) and fire the crackers at night. This festival is celebrated as similar to the Deepawali. 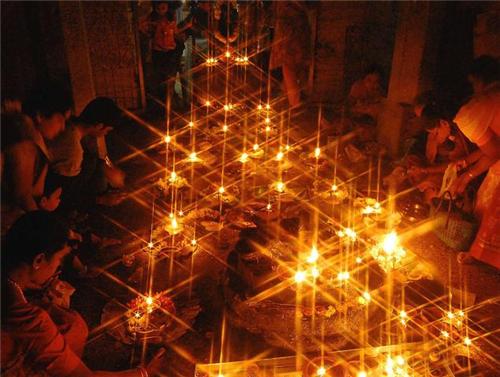 Various fairs are also organized in the city of Coimbatore. One is Pollachi Fair, which takes place in the town of Pollachi, located in Coimbatore Rural district. In this fair merchandiser put variety of product for marketing such as, fruits, vegetables, oils, pulses, paddy, coconut, groundnut and timber. This fair takes place on Thursdays. Apart from Pollachi fair, varirty of Trade Fairs are also organized in Coimbatore, such as hotel supplies fair, building fair, industrial trade fair, agricultural expo, electronics fair, health and fitness fair and so on.

Apart from above all festivals and fairs, people  also celebrate Republic Day, Independence Day, Ganesh Chaturthi and other festivals with great joy and zest. But New Year celebration enthusiast everybody in the city.