Most of the emergency services in Coimbatore are operated by the government and they classify into three core divisions such as Police, Fire service and Emergency Medical Service (Ambulance/ Paramedic service). In order to communicate with the people, the Government of Tamil Nadu has incorporated “Emergency Response Service” in various areas of Coimbatore and other districts. This emergency service handles all kind of medical, fire and police emergencies through a helpline number (108). People suffering from any danger can contact the free emergency service and they will reach within 18 minutes of your call. The helpline number can be dialed from landline or mobile number with the purpose to report a crime or fire in progress. Now, let us have a quick look at some of the popular emergency services in Coimbatore below:

Coimbatore City Police is one of the government authorities that is dedicated to excellence in law enforcement and protect human life from any disaster. The primary goal of the police department is to reduce the crime in the area and safeguard the citizens of the society. Moreover, the city has been facing a lot of crime such as theft, robbery, two wheeler thefts, burglary snatching and more. Even, the local citizens can help Coimbatore Police in nabbing the criminals and offenders.

For this purpose, the Cyber Crime Cell was established by the City Police Department under the supervision of Assistant Commissioner of Police in the city. Apart from this, the Coimbatore Police ensures to alert the people by giving out various precautionary measures. Various welfare measures have been provided for the police officers in Coimbatore such as Police store, Canteen, Police Gas Service Unit, Community Hall, Mess, Rest Room, Police Hospital and so on. 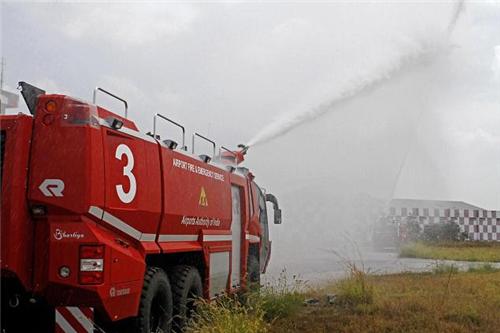 The Tamil Nadu Fire and Rescue Service is considered to be the chief department that offers rescue services to people affected by fire, floods, earthquakes or any other natural calamities. The fire department in Coimbatore mainly aims to promote safe fire practices and avoid the occurrence of fire accidents.

In memory of 66 firemen who lost their lives, the Tamil Nadu Fire Service Department has declared April 14th as the “Fire Service Day” all over the country. The higher authorities of the fire service conduct various fire-safety awareness programs for the public in large social gatherings. Considering the fire prevention work, the Fire Prevention Wings have been formed in important states of Tamil Nadu. This Wing has taken the responsibility to offer fire prevention methods to the rural and urban population in the society. 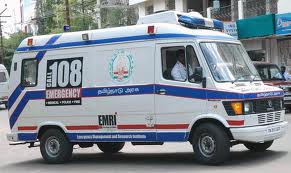 One of the most important services offered in the city is the “Emergency Medical Service”. This includes special care and attention for the patients suffering from illness, accident and other disorders. Usually, the ambulance services are offered by both hospitals as well as private organization that specialize in immediate response. The ambulance service companies hold a team of experienced professionals that include trained drivers, skilled support staff, doctors, paramedics and nurses. Some of the popular hospitals that offer emergency ambulance service are Aswin Hospital, Kovai Medical Center and Hospital, K.G. Hospital, G. Kuppusamy Naidu Memorial Hospital, Maruthi Hospital and so on. Recently, the leading hospitals have introduced the “air ambulance service” for the Coimbatore region by holding connection with chopper service providers.